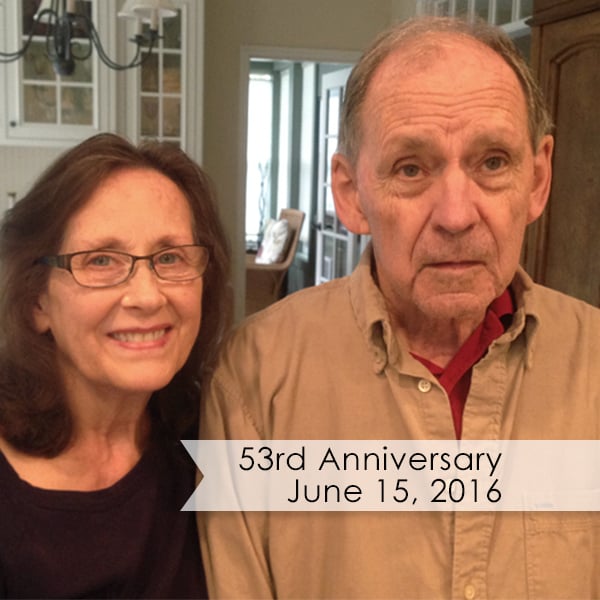 My mom was 19 when she vowed to stand by my dad through better or worse, in sickness and in health. My dad was 24.

Thankfully there was more BETTER and HEALTH through the 53 years but there has definitely been a lot of sickness, grief and worse…

We celebrated their 50th anniversary in a Memory Care home my dad went into the month before. That was a really hard time – he was declining but still fighting for his independence. He didn’t believe anything was wrong and that we were all turning against him.

He had sundowners at that time – staying awake almost all night and sleeping in the day. He was angry. My mom was stressed.

3 years later and my dad is completely changed.

Looking at the photo it looks like much more time has passed – people visually age drastically when they get into the later stages of dementia or Alzheimer’s. My dad is now back home with my mom and it’s working out well.  She is happier and he is content.

It has been a long road. My dad is on hospice now so this will likely be their last wedding anniversary. I’m heartbroken that this is how their journey is ending. At the same time I’m proud of the courage they have both shown through this disease.

Happy Anniversary Mom & Dad!  I’m honored to have you as my parents.